Top concert classical guitarists tend to attract the most attention and are best known to the CG fraternity, but top luthiers are seldom spotlighted.

Yet, it takes decades of research, experimentation, craftsmanship, and talent for a luthier to become the best of the best. And, each master grade instrument takes about 200 hours to produce. So, this article is about the top guitar builders rather than the top artists who play their instruments.

My wife has been trying to twist my arm to travel overseas with her, but travel doesn’t pluck my strings unless it’s for a specific reason. So, to try and get into the spirit of it, I wondered where I would I like to go if I could visit a luthier there. I built my own guitar in February 2015 and developed a great deal of respect for master luthiers. I know that I am unlikely to visit any renowned luthiers outside of my own country, but I thought I would compile a list of the top guitar builders still alive today.

Of course (you guessed it), who decides who the best of the best actually are? So, I scoured the classical guitar fora and websites to see which names came up most often as top of the pops. I then arranged them in order of dollar price obtained for their new instruments and then checked this against the guitars currently played by today’s greatest classical guitarists. (another rather subjective exercise that I attempted and wrote about some months ago). The top three will not come as a surprise to anyone, but the other four might.

Even if you don’t read any further, it might be a good idea to pause and reflect on the contributions these dedicated Luthiers have made to the classical guitar world. However, for those who would like a little more detail, here are brief descriptions of the work of each luthier listed.

The double-top (sandwich or multiple top) concept of guitar construction has an undisputed ‘inventor’: Matthias Dammann a man who together with Torres and Smallman took the classical guitar in new and exciting directions.

He created his first double top guitar in 1989 constructed with two thin Cedar tops sandwiching thin strips of cedar and then glued together under pressure.

By mid 1995, he began to experiment with ways to achieve more control over the weight and action of the soundboard. An acquaintance mentioned a material called Nomex, a very strong yet  light Kevlar based honeycomb that he then used to replace the strips of wood between the two tops.

Matthias continued his acoustic experiments during 2011 and 2012 and confirmed his theory that new core materials would bring significant refinements in the entire enterprise of guitar construction. His guitars set a new standard by which others still measure their composite tops because Matthias has captured a refined and complex voice and a responsive instrument capable of a dynamic range with great power and projection.

Matthias took up the classical guitar in his late teens and later went to study at the music academy in Frankfurt. Upon completing his studies, he became a lecturer for guitar, conducting experiments on his own guitars as he tried to get closer to what he believed was the ‘ideal’ sound. This combination of playing, teaching, and experimenting combined later to equip him as a master luthier. His major influencers were Daniel Friederich, Robert Ruck, Miguel Rodgriguez, and Antonio Torres,

In 1984 he left Frankfurt to set up a workshop in Eastern Bavaria, and there he devoted himself to creating guitars that he himself would love to listen to and play.  In 1988 he won the Grand Prix in the 1988 Paris/ORTF International Guitar Maker Competition.

Gernot began making classical guitars, baroque and renaissance lutes, and vihuelas nearly forty years ago, but for the last thirty years he has focused solely on constructing concert classical guitars of the highest quality. In his early years as a luthier, Gernot became particularly interested in the scientific aspects of guitar making and this fascination with acoustic research has been an ongoing stimulus to his work ever since. However, visually, he has always taken his cue from the guitars of Daniel Friederich, which embody a clear, elegant, traditional aesthetic.

In 1989, he completed the famous ‘Instrumentenbauschule’ (musical instrument making school) in Mittenwald, Germany and was awarded the title, “Master Guitar Maker’. However, from the start, Gernot strove to create powerful, well balanced instruments with a wide dynamic range and a beautiful sound of great clarity and separation. In 1996, he discovered that he could get much closer to this ideal sound when he used an Aramide honeycomb material and used this to construct his first double top guitar.

Greg is known worldwide for his innovative guitar designs. Although, outwardly, his guitars are similar to a traditional Spanish classical guitar, they incorporate several innovative differences. For instance, the use of a high arched and carved back for the guitar considerably thicker and heavier than a conventional guitar. This back is made of Madagascar Rosewood, while the top is always made of Western Red Cedar. Also, the light weight of the top combined with Smallman’s unique system of bracing makes the guitar very responsive to input with a full rounded sound. The top of a Smallman guitar is braced using a “lattice” framework composed of balsa wood and carbon fibre.

Jim makes both lattice braced and contemporary composite (double) top guitars, all known for their volume, tone, responsiveness, and playability.

Jim has been building for nearly 30 years in Adelaide Australia. His guitars are full of his own innovations and are unique instruments, creating a style and sound all their own. His solid top lattice braced guitars have the brace less, parabolic arched back and sides.This design reduces stress on the soundboard by transferring much of the string force to the body of the instrument, thus allowing the soundboard to move more freely. The tops are thicker than Smallman’s, but supported by a highly refined carbon fibre honeycomb/lattice braced system.

Daryl has been a full-time luthier since 1982. Early on in his career Jose Romanillos introduced him to the central ideas of the Torres-Hauser school and he has been working with, and refining, these ideas ever since. Daryl has received a number of awards for his work and has done historical and practical research in Europe and North America.

Liam continues the fine tradition of Romanillos guitars through an ongoing collaboration with his father, Jose. These instruments have long been known for their haunting and romantic sound. Their rosettes are inspired by the Moorish arches in the Mezquita of Córdoba and are all made using natural coloured woods.

Michael studied guitar building with Jose and Liam Romanillos, and embarked on a career as a full time luthier not long afterwards. He played guitar from an early age and his son Alec followed a career in classical guitar. Father and son were inspired to create a new style of concert guitar, an instrument built with the goal of bringing the volume demanded by today’s concert artists while retaining excellent tonal qualities.  In their guitars, lattice bracing meets fan bracing with wonderful results. They build them with a brace-less arched back and a combination bracing system that pairs carbon fibre lattice with traditional fan design. This produces guitars that are unusually powerful, but with a tonal character that is deep, rich, and traditional Spanish sounding.

The guitars that these seven masters of lutheri build all look remarkably similar… beautifully similar. Their differences lie mainly in their internal structures and soundboard composition and thickness. All of these ‘best of the best’ produce instruments that big-name guitarists treasure and all classical guitarists covert. Their waiting lists are several years long.

I love the look of well made classical guitars. Here are three beautiful guitars worth show-casing. 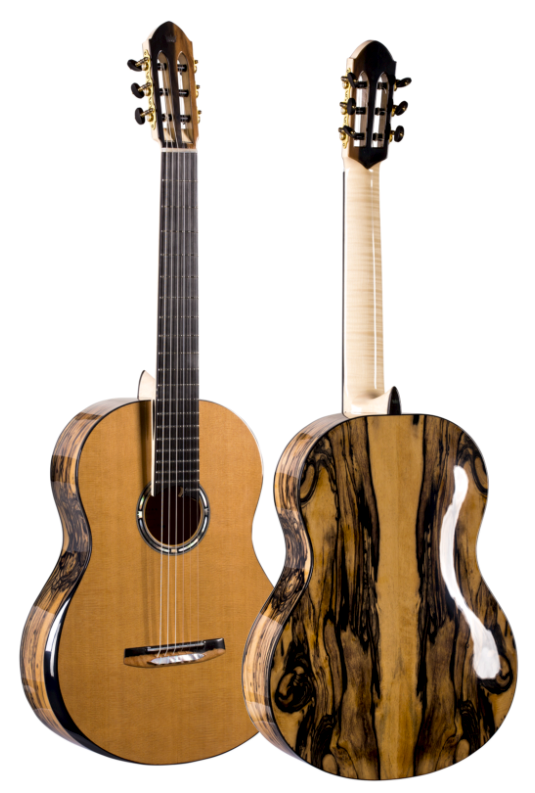 ‘No. 22’ by Zebulon Turrentine 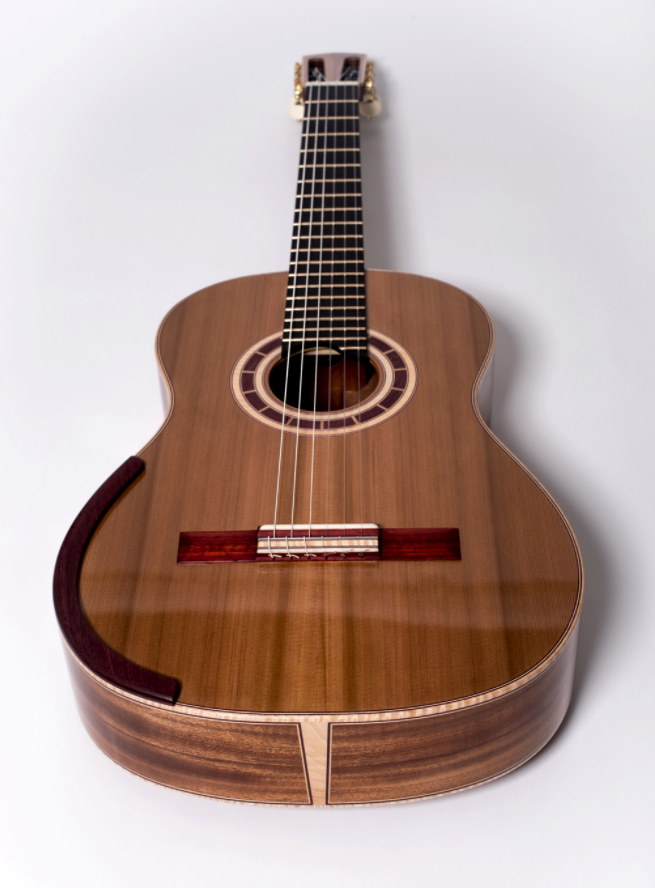 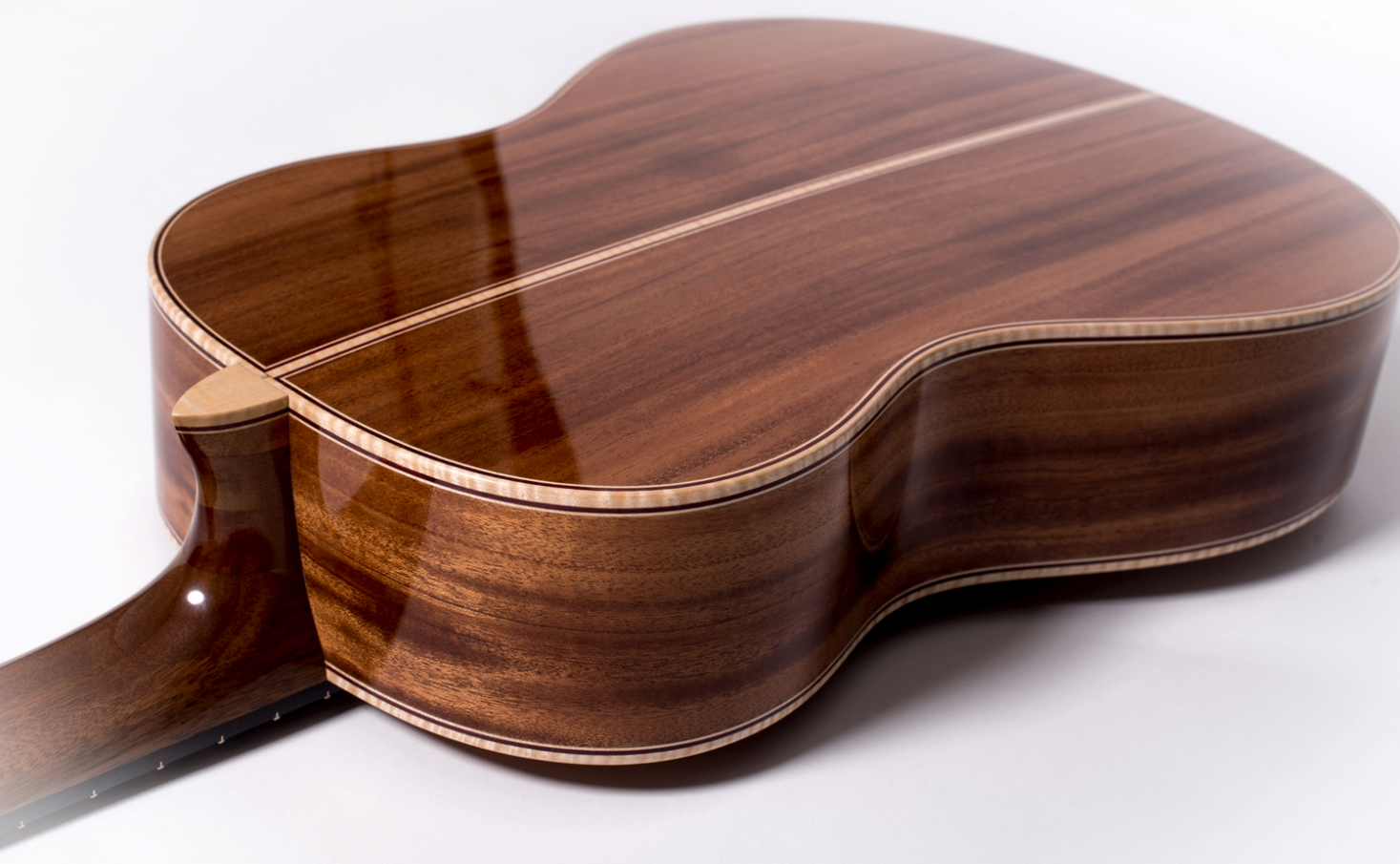 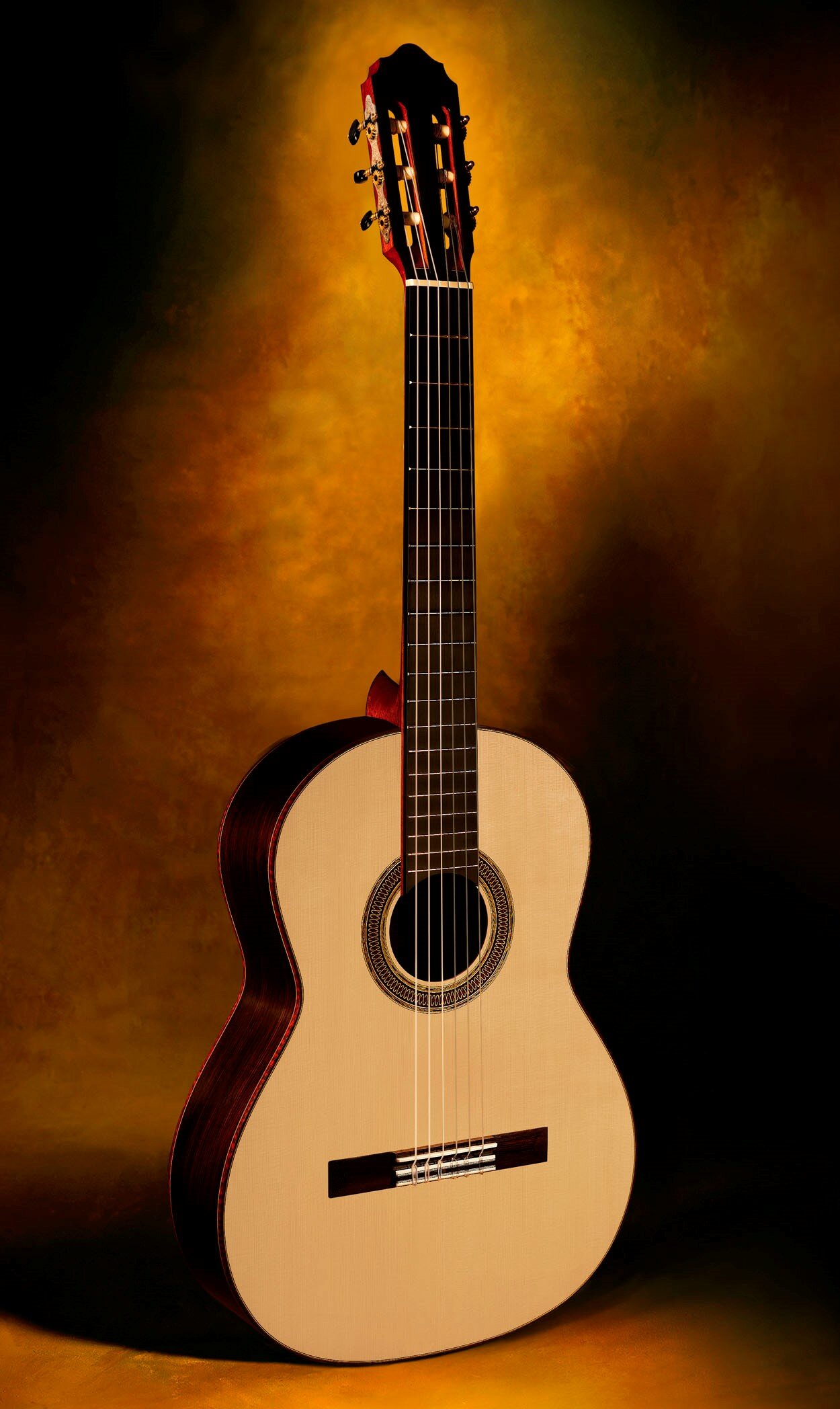 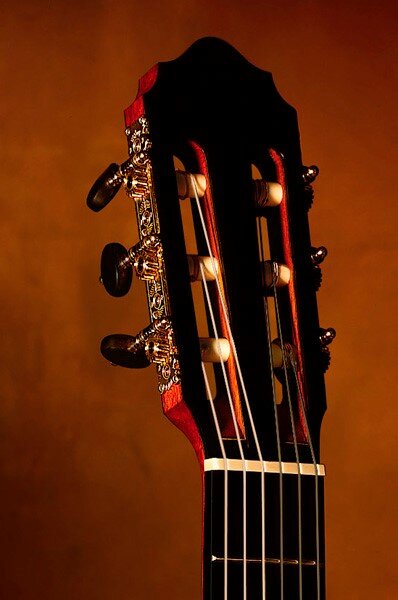