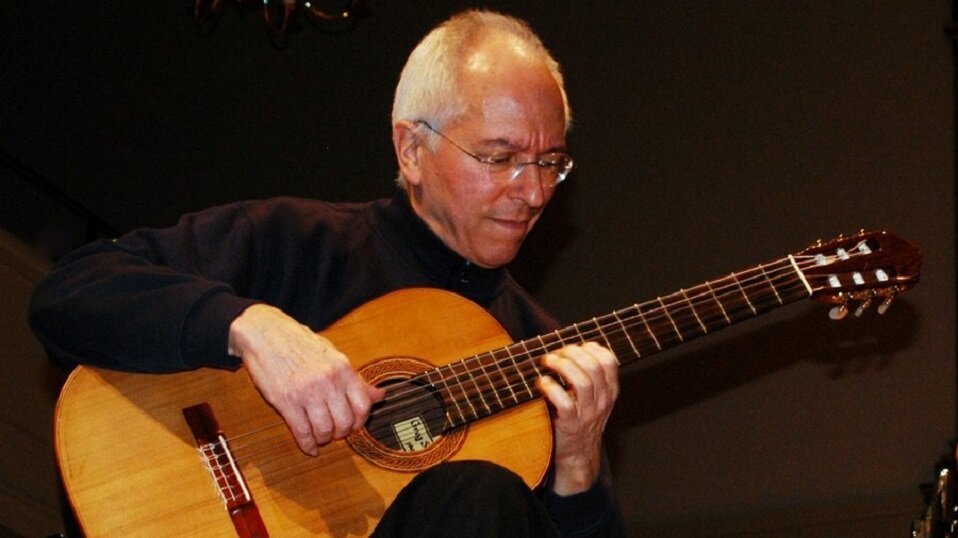 I am currently reading a biography of this great classical guitarist called, ‘Strings Attached: The Life and Music of John Williams’ by William Starling and published in 2013. So far I am finding it dry reading, so I decided to see what was available on the internet.

The most comprehensive videoed interview with this giant of the classical guitar world that I could find is the four-part production by GuitarCoop:
Part 1 – The Early Years
Part 2 – The Musical Experience
Part 3 – The Composers
Part 4 – Final

However, the overview of his various collaborations (particularly with Julian Bream) that I found the most enjoyable was the 2016 John Williams (Classical Guitar) at the BBC. This 58-minute production contains several full pieces played by the maestro.

There is also a  transcript of an interesting  interview by Classical Guitar Magazine, summer 2016 edition, titled ‘Amazing Legacy: John Williams Reflects on Five Decades of Recordings’.

John Williams is a champion of Greg Smallman guitars which, when he first tried one out were unknown but now sell new for around $36,000. Classical Guitar Review interviewed John in 2010 and in Part Three of their publication he gave the reasons for his switch from Fleta to Smallman guitars.

Serval years after first meeting Greg Smallman, John visited him in his workshop deep in the Australian wilds and here is a short video clip of that visit.